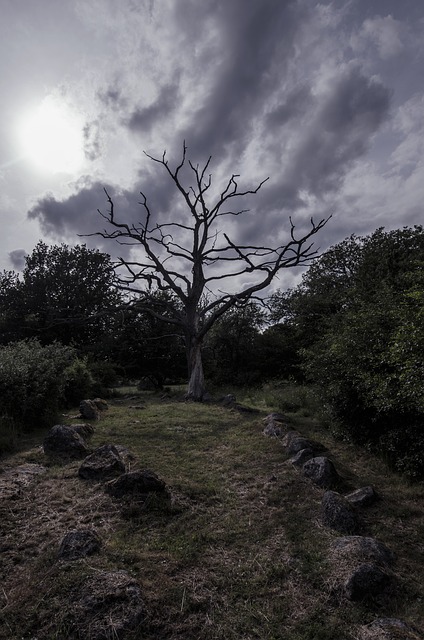 Discussing the recent one-year anniversary of my grandfather’s death, a friend of mine asked me where the old man was buried. As it happens, my grandfather has was not buried. His body was sent to a medical school anatomy lab to help a new generation of doctors learn how the human body works. When we talk about it in our family, it’s as if it was just another adventure the old man’s body was taking. Grandpa, who went to work when he was 11 and never graduated High School has gone to college. We haven’t got him back yet, but when we do, he’ll be in an an urn which will be interred with my grandmother whenever her body finishes its journey.

Anyway, all this got me thinking about what I would like to have done with my body when I go. Being buried is just so boring and cremation isn’t very exciting either. No, my body needs an adventure. I was an Anthropology major in college and I really would have liked to study forensic Anthropology (like Bones) but the college I lived near and could afford (not that I really could afford it) had nothing like that. I have heard that some colleges (The University of Tennessee being the original) have a place called a body farm where corpses are laid out in different biomes so students can see how they decay and what sorts of bugs are attracted to them and such. Now that would be cool. But a cadaver lab would be cool too.

My friend told me about a book she read on the subject called Stiff: The Curious Lives of Human Cadavers that she and her husband both enjoyed, recommended to her by her mother in law. I haven’t read it yet, but there’s three recommendations people who liked it. It’s on my list.

I was there when my grandfather died and there was a state of blessed confusion. (Blessed because everyone was too busy being confused to be overcome with grief, that came later.) Although his will stated his wishes, although we had told the doctors, nurses and chaplain what his wishes were, when the time came to have him sent on his way, nobody was sure how to go about it. We had to contact a funeral home to sort it all out and, since there wasn’t going to be a funeral (he did have a memorial service at our ancestral Lutheran church, but there was to be no body, no coffin, no burial) nobody had thought of this. And since he’d been transported by helicopter to the hospital, we had no idea whether to use a local funeral home, one by us, or one by their house. Meanwhile, grandpa was getting cold.

So I thought it would be a good idea for me to handle as much of the particulars ahead of time. I am working out my will (willing.com or Legalzoom.com can help with this) and registering as a donor (you can do this at Sciencecare or at Medicure or contact your local Medical or Forensic Anthropology school). I will also consult my local funeral home to make sure everything is in place ahead of time.

But then there’s the rest; Where to lay my mortal remains. I’m not sure how much I care about all that… Circle Sanctuary has a cemetery in Wisconsin, but I’m not sure the family wants to travel to Wisconsin on Samhain and Memorial Day. I don’t like the idea of being pumped full of chemicals and being put in a non-biodegradable box, so if burial were my destination, I’d be looking for a Green burial, but I believe cremation is the ultimate destination for a donated body so I’ll let my loved ones figure out what to do with my ashes. If my husband outlives me, I’ll probably end up in a storage unit with all of his other priceless treasures he can’t find room for and doesn’t have any immediate use for…

So… where will you go when you die?