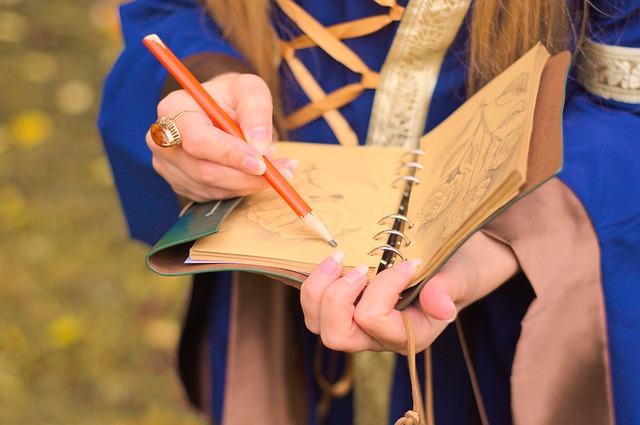 There are several reasons I am thinking about this. First, I am starting a homeschool program for my two-year-old Sunshine. Actually, I am calling it Wholeschooling, because I can’t wait to send the little ball of energy to public school, but I know that public school is going to do him like it did my older kids- through a bunch of semi-useless facts at him and send him through the factory chain with zero regard for how much of them actually stuck. So it is up to me to set up a complimentary program that will fill in the gaps. So I must ask myself “As a Hellenic Pagan and a Witch with every intention of passing both my religion and my craft along, what do I believe is important for my child to learn?”

I am also asking this question because, having just moved, I am opening lots of boxes of old books, many of which I am planning to donate to The Pagan Resource Center Library but I wanted to read them all again first, maybe review them, maybe take notes. Most of them, however, are basically useless to me except as a matter of curiosity. This is because they all (yes even those who claim to be deeper and beyond 101) give only the fairest gloss of information, many of them give miss information and some of them are just plain silly. To me, it is not enough to have a spell, you should know how to create a spell. It is not enough to know that this plant is good for love spells, you need to know why so that if you don’t have that plant you can make an informed decision about what plant to substitute without looking at a list in a book. It is not enough to know that certain spells should be performed on Tuesday when the moon is waxing, but I want to know why and what other stuff is good to do on that day. Calling quarters, the elements? What do they really have to do with anything. Why do you do it? Just saying the words isn’t enough but none of the books say that. And frankly, I have no use for imaginary creatures associated with the elements. That is all just fluff and serves no useful purpose I can surmise.

The third reason I’m asking that question is because I am looking at ways to increase my income from writing (I feel a little ashamed saying that and I shouldn’t. Damn my Pagan guilt.) and I am thinking about self-publishing some short e-books or even just some more interesting pages on a website to get more advertising revenue and so I have been brainstorming: What do Witches need to know?

Unfortunately, based on the materials at hand, I fear my opinion differs greatly from the Witchcraft community at large, but I will post my list here regardless in hopes of getting some feedback.

1. Botany
Witches who use plants in magic (active or passive) should know botany as well as, if not better than,  your average gardener. We should know all of our plant parts, both modern and ancient taxonomy, how to use a plant key and how to identify at least 75% (preferably more) of the weeds growing in our backyard and what they are good for (many of them are delicious, btw). We should know why a member of the rose family is a member of the rose family and how to determine if another unidentified plant is and why something categorized as a plant of Venus is a plant of Venus and how to determine if an unidentified plant is also a plant of Venus.

2. Human Anatomy and Physiology
Witches who perform healing magic should know how the human body works. We should know the anatomy and physiology of all major systems and a bit of pathology and immunology. We should know particularly how fertility cycles work and how hormonal levels rise and fall and how they affect the body. An important part of this is knowing ourselves, of course.

3. Animal Biology and Ethology
Witches who heal and perform other magical work should make careful study of the anatomy, physiology and behavior of the animals with which they work, even if they only work with them on a spiritual level. I am a dog trainer and often work with though forms in the shape of animals so this is important for me, but may not be as important to someone else, but as part of connecting with the world around us, I believe that we as witches should at least make careful study of our companion animals.

4. Geology
I don’t get too involved with the magical minerals thing, but if I did, I would feel I should study geology much more deeply than the average book on magical stones implies. Otherwise, all you have is a bag of colorful stones that someone told you were useful. I would want to know why its categorized the way it is (a Mars stone or an Air stone or whatever) and by what criteria stones are categorized that way. I would also want to know where it came from and how it formed.

5. Basic Astronomy and Astrology
Frankly, I don’t care what your zodiac sign is or who you’re compatible with, but if you time spells according to the phases of the moon and lunar signs, you should know how it works. If you don’t, then it doesn’t matter so much.

7. Ancient Languages
I think that any Pagan who worships deities from an ancient civilization should at least attempt a rudimentary understanding of the language. Just knowing what the names of people and places in the stories mean can deepen your understanding of them. Personally, as I read the works of Homer and the various translations of the Orphic hymns, I began to wish I knew ancient Greek (I will begin my study of ancient Greek very soon) and when I studied Science in college (Botany and Anthropology mainly) I really wished I’d studied Latin at an earlier age (my Latin is better than my Greek, but only barely). Many Witches and Druids I am acquainted with have studied Gaelic, Latin or Greek specifically in order to add power to their incantations and magical writings and it does.

8. Quantum Physics
My husband believes that anyone who does magic should also study Quantum Physics. Yea, I think he’s right. I’ll get right on that.

I know it’s not as exciting as walking barefoot in the moonlight to gather soil from your ancestor’s grave, but this really is magical work. In fact, I believe it should be pre-requisite work for any magical education. I believe that all of this, more than gazing into candles and sitting in the forest holding on to a piece of wood waiting for a message from a spirit guide will deepen anyone’s witchcraft. Not only that, it will make your life that much richer because the more you know how the world works, the more magical the world becomes and the more magical the world seems to you, the more magical you seem to you and the more effective your magic will be.