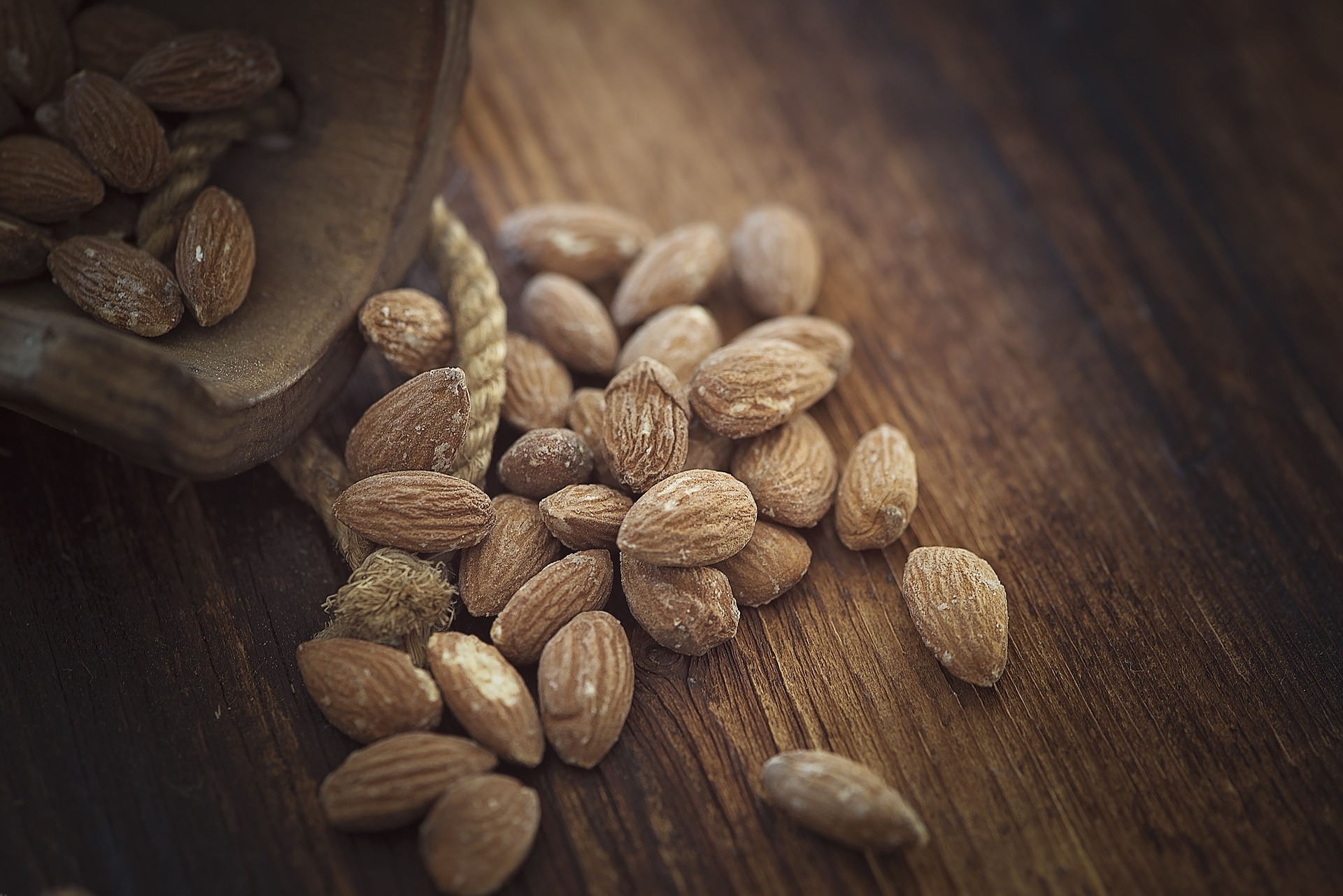 Wild almonds contain toxic levels of cyanide, which are accompanied by a bitter taste. Yet early almond growers isolated non-toxic strains and began cultivating them sometime between 2000 and 3000 BCE. The word almond comes from the French allemande, itself derived from the Greek amygdala which gives us the species name of the tree. There is a structure in the human called the amygdala, named for its almond shape.

California produces much of the almonds in the United States today and these are pollinated by commercial beehives, trucked in just for the occasion. Colony collapse disorder has affected domestic honeybee populations and in turn, the US almond industry. Recent droughts have also caused trouble, as it is a thirsty crop.

California produced almonds must, by law (since 2007) be pasteurized. Any almonds grown in the US and labeled “raw” have either been steam pasteurized or chemically treated with propylene oxide. This law does not necessarily apply to almonds sold at farmer’s markets direct from the grower (ask!) and does not apply to imported almonds.

The almond is an incredibly versatile food. It can be made into almond milk, almond butter and almond flour which can be used as substitutes for milk, butter and some types of flour. Almonds can be ground and formed into a paste that can be manufactured into a variety of textures and shapes for candy making and cake decorating. Almonds are also tasty in liquor, in pastries and with chocolate. Slivered or ground almonds are tasty over green vegetables, especially steamed green beans, asparagus, or broccoli.

Almonds are said to stimulate the Third Eye Chakra. Almonds represent wisdom gained through research, experimentation and observation, intuition based on wisdom and prosperity brought about through wise decisions. They are grounding in the way that good information is grounding but support imagination in the form of good ideas.

Almonds are a traditional ingredient in foods served at weddings in some cultures, to encourage the couple’s prosperity.

Almonds are rich in vitamin E and several B vitamins and in calcium, iron, magnesium, manganese, phosphorus, potassium and zinc.