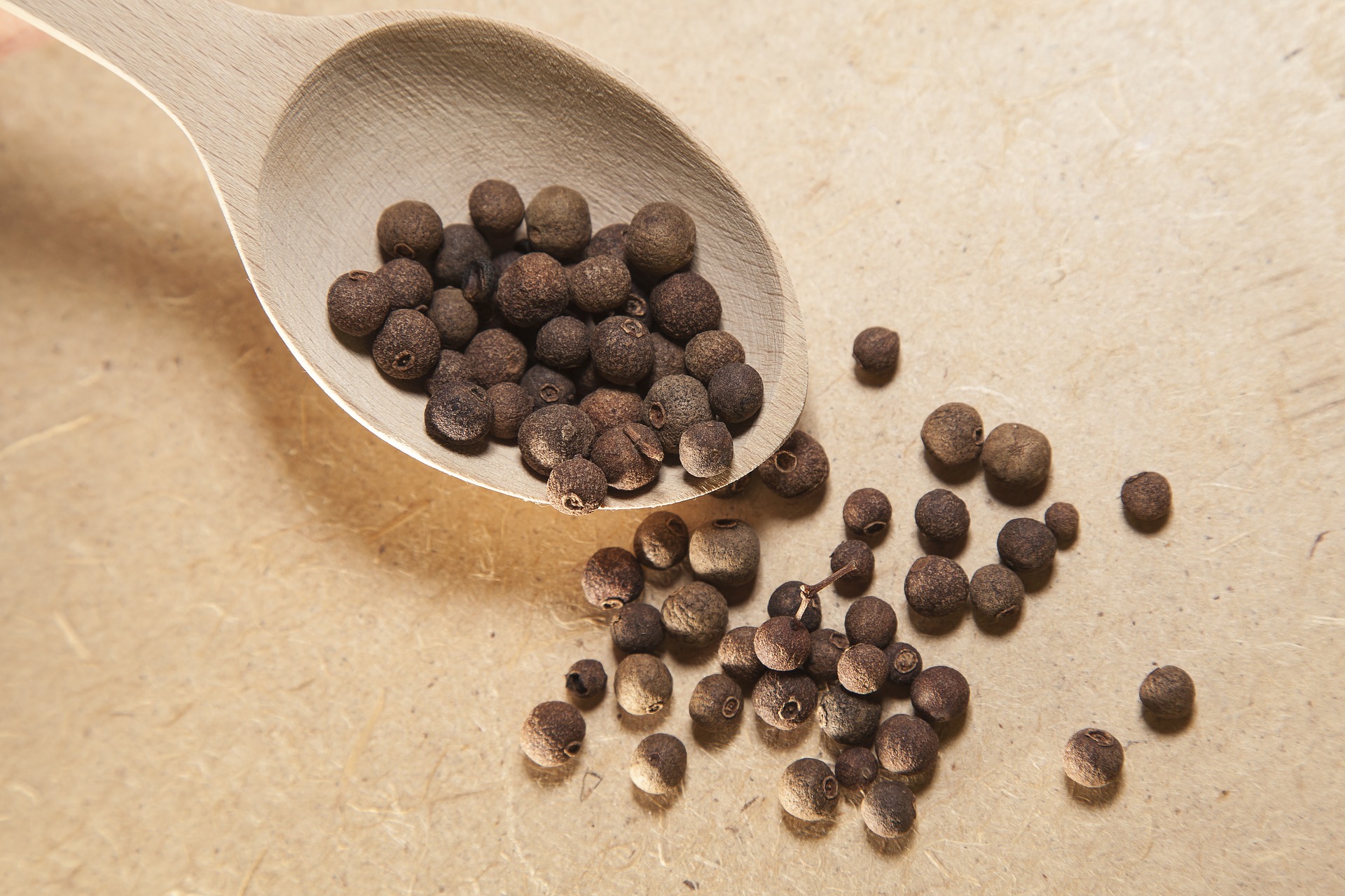 Allspice berries grow on a tree native to the West Indies. They smell like a combination of cinnamon, nutmeg and cloves and may be used used as a substitute for any of these herbs. Allspice has been used to make fragrances for men. The Mayan people used allspice as an embalming herb.

Allspice berries are gathered green and dried in the sun. The dried berries can be stored for 3 years or more. Allspice is usually ground prior to use. Once ground, allspice loses its flavor and fragrance in about a year. Allspice leaves are popular where they are available fresh. Unfortunately, they lose flavor when they are dried so are not typically available outside the plant’s native area.

Carry allspice berries with you, eat something seasoned with allspice or wear the scent to ensure luck follows you, especially through gambling, business, and stock market investing. Use allspice to bring health to yourself and wealth to your household. It can also be burned as money-drawing incense or added to a floor wash.