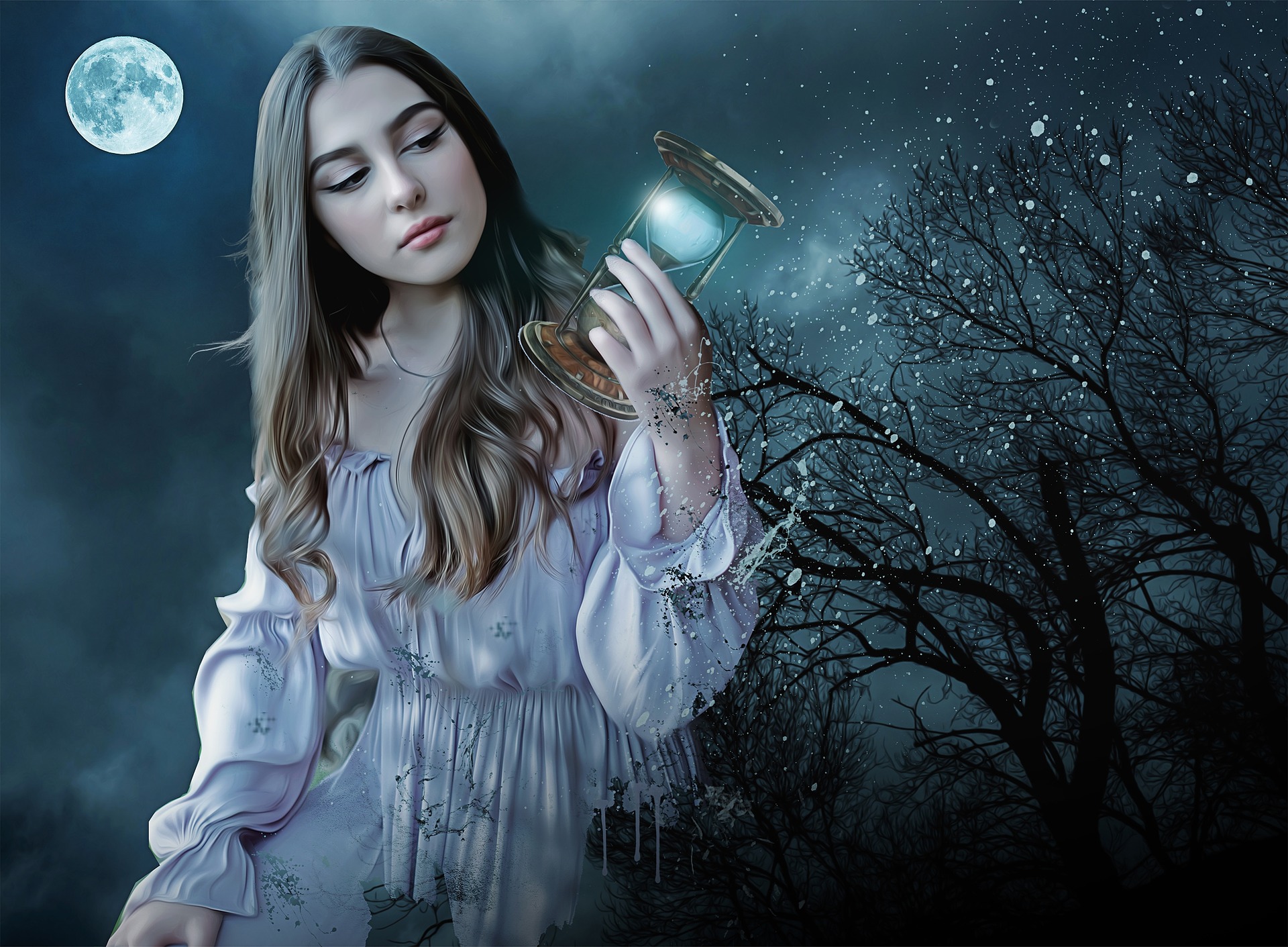 The first thing that needs to be considered is the Sun.  The position of the sun in relation to the Earth isn’t generally addressed in the Almanac when calculating “best days”. This is probably because, unlike the moon’s phases, the sun’s (perceived) position is quite variable from place to place and what that means is variable too. If you live in the Midwest, the summer solstice is happening just a few weeks after you get your crops in. In other areas, the crops go in at the Spring Equinox and in other areas, you plant during the dark half of the year because it’s just too hot in the summer to be planting. Witches also have many Sun-based things we do. We have harvest celebrations, and the Feast of the Dead as the days start to get shorter and more parties as the days start to get longer- and we do magick for our ancestors during the darker time, and magick for increase as the days go longer. Since most Neo-Pagan ritual cycles are based on agricultural calendars, it’s really no surprise that there are parallels.

The other significant body in the sky is the Moon. There are two things we look at when choosing the best days to do things according to the cycles of the moon and that is the lunar phases, from dark to full to dark again, and the passing of the moon through the various signs of the zodiac. The moon passes through all the signs during each cycle but starts on a different sign each month, so that throughout the year you get all combinations of phases and cycles.

Let’s begin with the moon phases.

Since the moon obviously has an effect on water, evidenced by the correspondence ocean tidal behavior to lunar phases, we extrapolate that the moon also has an effect on smaller concentrations of water, such as those within the soil, and other liquids like body fluids. According to the agricultural lore, as the moon grows fuller, liquids flow more freely and as it wanes they become more restricted. Thus, planting seeds during the waxing moon encourages them to take on water and sprout, if you’re trying to conceive, the full moon is going to be the best time for semen motility (though you have to match up with ovulation, of course), but if you’re having surgery or having a tooth pulled, you probably would prefer your blood not flow too freely so you’ll want to do it during the waning period as close to the dark moon as possible.

The Witchcraft lore tells us that the waxing moon is the time for drawing spells and spells of increase, while the waning moon is best for banishing or overcoming problems. And this is paralleled by the lore that trimming hair or pruning a plant to keep it short should be done during the waning moon, but if you want to encourage vigorous growth, it should be done during the waxing moon. The idea that the full moon is good for fertility is also mirrored in Witchcraft lore since Witches often choose to perform our most important work under the full moon, believing it gives energy to the work.

The other consideration is the question of what sign the moon is passing through.  There are two ways this is generally looked at. The first thing to consider is the element the rules the sign and the second is the body part that is ruled by the sign. This will seem more complicated, but once you understand the connections you will see it is quite intuitive.

As the moon moves through each sign, the body part ruled by that sign is most sensitive to healing or harm, or whatever you want to do to it. So, if you are going to have surgery or a massage or a healing spell cast to benefit a certain body part, you might want to choose a day when the moon is passing through the ruling sign for that body part.  I have also heard it said that it is also suitable to perform the work in any sign that affects a lower body part because the energy flows in through the head and will pass through on the way.

While the individual signs correspond to human and animal parts, the elements correspond to plant parts. Earth is Root, Air is Flower, Fire is Seed, and Water is Leaf. This tells you what sorts of plants respond best to which sign. Those grown primarily for their roots should be planted and transplanted on an Earth day, those grown primarily for their flowers on an air day and so on.  There are exceptions and nuances, but it’s a general rule.

In addition to indicating plant body parts, the elemental correspondences indicate certain qualities of the energy of the sign. This is something we’re all familiar with.

Fire- Seed- Barren and dry
Fire signs are best for planting grains, beans and fruit as well as for pruning and harvesting fruit for long-term preservation, as they will dry out and moisture causes spoilage. For magick, fire energy is purifying and energizing and it’s good for destroying obstacles.

Air – Flower- Barren and Dry
Air signs are good for planting flowers, aromatic herbs and vines (especially Libra) and also to get the garden ready for planting. (I put in my herb garden during the New Moon in Gemini.) Air energy is the energy of wisdom, justice and communication in magic.

Water- Leaf- Wet and fruitful
Water signs are good for planting and transplanting anything grown for its leaves, like lettuce and cabbage. Water energy is known to be emotional and fertile, highly associated with either the Moon or Venus, this is a good time to encourage your animals to breed, and to cast love spells.

As you can see, there are parallels between the Agricultural zodiac system and the one many Witches use to time spells. This does not mean that they are the same, though they certainly arose from the same source and both systems are certainly combinations of different systems from different times and places.  But as a Kitchen Witch and a farmer, I love the idea that I can really time everything from baking bread (Waxing, Air sign) or anything else (Waxing, Earth) to canning (Waning, fire sign)  to money drawing spells (Waxing, Earth sign) if I want to, though I might just choose to make something delicious as part of a spell and choose my timing based on the spell rather than the activity.  Of course, it’s not always practical and sometimes I’ve just got to do the thing. And that’s fine too.

If all this seems really confusing, I have created a calendar to help me out, and you’re welcome to use it. You can find it at https://calendar.google.com/calendar/embed?src=ontlr8sn2bojfbdntlhv0b6j48%40group.calendar.google.com&ctz=America%2FNew_York

And I am the sort of geek that not only makes a calendar like that, but I have it on my phone, and you can too with Google’s calendar app. Just follow the link on the calendar to import it into your Google calendar and download the app.

EDIT I no longer update that calendar. I use the Daff Moon app now.