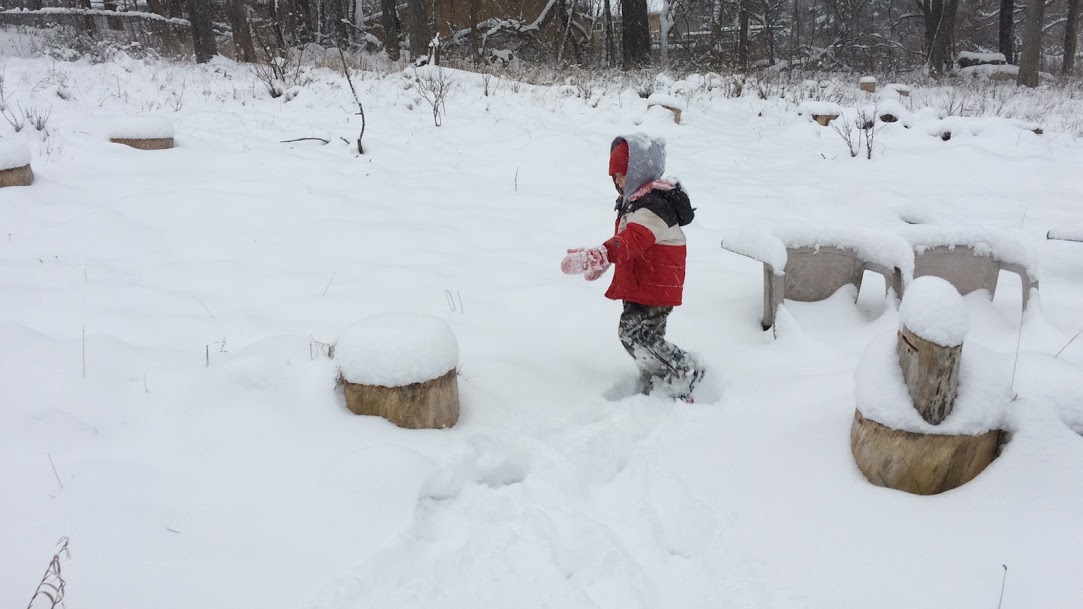 2017 was a year of major losses for us and we’re really focusing on mitigating them for the coming year.

We lost our drake to a weasel and our buck just up and vanished early last year and we were rather attached to both of them. Without them, we weren’t able to get much breeding done and didn’t end up with much meat in the freezer. We are already out of meat for the season and that is a problem. We do have a new buck and a new drake, some chickens (and roosters) and a pair of geese now (though we still aren’t 100% sure that one of them is male) so, with more diversity, we’re hoping to get more meat next year. We do need to build more housing for them. At this point, while we have adequate housing for our adult rabbits and poultry, we really don’t have enough for raising their offspring, so that’s top priority for 2018. Last year we did do a lot to perfect our meat processing techniques, so we are hoping for less awkward and more efficient processing days.

We also lost much of our garden to wildlife in 2018 and that caused a lot of extra work and wasted effort. So fences are another priority for 2018. Fences are expensive. Especially nice, pretty fences that won’t get the neighbors all grumpy.

My husband lost his job early last year and we’ve really been struggling financially since. He did get another job, a seasonal job that only lasted till the snow fell, and I’ve been working too, but our combined income has been about half of what he was earning alone at his previous job. Because both of us have to work full time and overtime just to have the bills paid, we are looking for ways to simplify and streamline our farming activities while also coming up with ways to make a little extra cash. I am personally also looking for ways to streamline my writing hobby and get some money in from it. Honestly, even when I’m working overtime, I am still only earning less than 3/4 of what he earned at the job he thought he was going to retire from, and our bills haven’t gone down at all either. So, it’s very hard to think about how we’re going to build new poultry and rabbit tractors and fences to make this adventure successful.

That all being said, here’s what I did today- Today is my first day off in some time. I worked a lot of overtime over the holidays, but now that the holidays are over they’ve cut me back to half time. I don’t know how we’re going to pay the bills like this, but at least I have some time to relax and get some work done around the house. My mom gave us some money for Christmas and we spent some of it on some new shelves that I am going to use for seed starting in the spare room (that is, the room my eldest son vacated when he joined the Marines) and the rest we used to get an oil change. So I’ve been working on turning the spare room into a grow room to get a head start on the garden. I have tons of seeds left over from last year. If I’m lucky, I won’t have to buy any more. We’ll see. After I’m done starting seeds, it’ll be time to brood chicks. Assuming we got our new chicken tractor built.

The weather has been super cold and I’ve been stressing the animals, but there’s not much we can do about it. I check the houses and pen daily to make sure everything is clean and dry and throw new straw on top every few days. All the houses are topped with tarps, one of them even has a quilt. I would bring them all in the house if I could, but that is just crazy talk. I have my silkies and my ayam cemani rooster in the spare room in rabbit cages and I let them play in the kitchen when I’m around, but my husband doesn’t tolerate that nonsense. So they’re bored. But they don’t want to go outside either. But unlike my other birds, the silkies are still laying. My other chickens, the naked necks, don’t seem to have any problem with the cold. They sleep with the geese, but the geese won’t tolerate the silkies. I don’t know why, but they seem obsessed with pulling out their fluff. The ducks are fine. The rabbits are fine- the girls are in the garage and the buck is a house pet. I find that if there are enough critters in one place, they keep each other warm just fine. I think I’ll write a blog about winterizing them, but for now, I’ll just tell you that the biggest problem we have is water. We have to check their water several times a day to make sure it’s still liquid and switch it out often if it’s not. You can buy heated water bowls, but I don’t have power out there to keep it working and solar panels are expensive.